Woke up around 10:30am, felt great. Went through my morning ritual.

It's a gorgeous Saturday afternoon. We're looking foward to a long weekend of doing low(no)-budget things...like going to the beach, parks, etc. We are so broke but happy.

Oh and "Match Point" was the biggest suprise of a movie I've seen in a LONG time. It became absolutely not what I thought it was going to be. It was dark, existential, nerve-racking & hardly comedic. It was very European, not at all American. It was almost a philosopical treatise. It was interesting even though the exposition did drag.

Now, time to find the Sudafed because these allergies are killing me.

Today. A day for washing my car and very much overdue.

Today. A day for being happy that the living room is finally painted.

Today. A day to listen to Charlie Parker & Dizzy.

Today. A day to go to a Farmer's Market and buy fresh, local produce.

Today. A day to be happy that I'm on my way back to school.

Today. A day to be, as always, happy to have my beloved coming home soon. 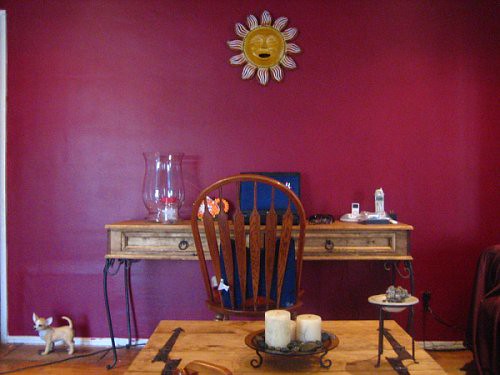 This is just a test.

The day after tomorrow, our arrival in Los Ángeles.
We shall frequent all our usual haunts once again. Like,
Oomasa, Noodle Planet (& World), King Taco, La Llamarada,
Angelo's, The Cave, Little Tokyo, & also making new
places to go to. We'll be riding the Gold Line to
Buster's on Mission in Pasadena, our favorite
café. We'll also be heading back to our thus
far, post-poned studies; my rapping up
of my French B.A. & Mendy's
beginning of her B.A.

Fill it out and leave in the comments section.

8.Breaking Up - Against Me! - "Cavalier Eternel"

9.Getting Back Together - Wolf Parade - "I'll believe in anything"

15.Deep Thought- Tom Waits - "Everything you can think"

It's time to make our return. Was it in the stars? Was it always meant to be?

Va savoir...but it's going to happen. Some time before April we should be back in Los Angeles. It's odd to think that one point we were both just aching to leave Southern California. To leave the places that we knew too well, the streets we've grown tired of & everything else. But we now know we want to come back. We miss our families, our friends. We miss those streets, we miss the restaurants we used to frequent, the places we have to go to together (because that makes all the difference).

Our séjour in Berkeley has been, to say the least, very interesting & educational. We've learned so much about being on our own, being together & just being so far away. 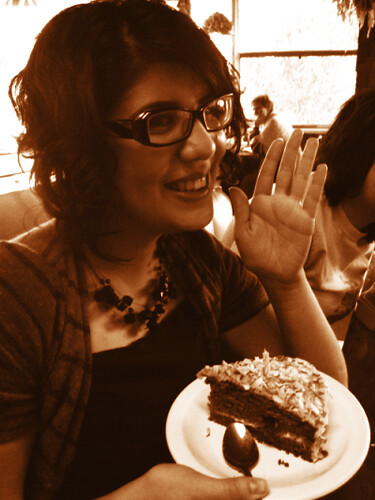 "Honey, are they singing to me? Why do they think it's my birthday?"

Love you my honey. You always make me smile, especially with the weird things that happen to us. 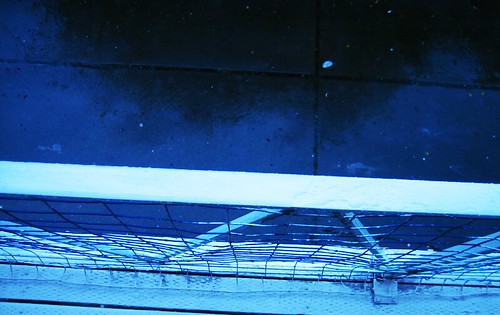